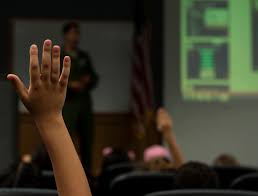 I recently came across a compelling passage (below) from computer scientist Luis von Ahn, the founder of Duolingo and CAPTCHA, among other things. What struck me was how accurately his words reflect what we as science writers do each time we say, “I don’t understand. Can you explain that to me?” As von Ahn notes, asking for an explanation can have the effect of helping scientists (and others) to think more deeply about what they do, and how what they do might fit into a larger context.

And that, when it comes down to it, is how science (and humanity) progress.

Here’s what von Ahn has to say:

“My PhD advisor [at Carnegie Mellon was] a guy named Manuel Blum, who many people consider the father of cryptography [encryption, etc.]. He’s amazing and he’s very funny. I learned a lot from him. When I met him, which was like 15 years ago, I guess he was in his 60s, but he always acted way older than he actually was. He just acted as if he forgot everything. . . .

“I had to explain to him what I was working on, which at the time was CAPTCHA, these distorted characters that you have to type all over the Internet. It’s very annoying. That was the thing I was working on [later acquired by Google], and I had to explain it to him. It was very funny, because usually I would start explaining something, and in the first sentence he would say, ‘I don’t understand what you’re saying,’ and then I would try to find another way of saying it, and a whole hour would pass and I could not get past the first sentence. He would say, ‘Well, the hour’s over. Let’s meet next week.’ This must have happened for months, and at some point I started thinking, ‘I don’t know why people think this guy’s so smart.’

Later, [I understood what he was doing]. This is basically just an act. Essentially, I was being unclear about what I was saying, and I did not fully understand what I was trying to explain to him. He was just drilling deeper and deeper and deeper until I realized, every time, that there was actually something I didn’t have clear in my mind. He really taught me to think deeply about things, and I think that’s something I have not forgotten.”